On Monday morning at 0700 hrs. everyone reassembled at the General Assembly building to begin “Storming the Hill”. No office in The Virginia General Assembly was overlooked. Steve was particularly busy as VCOC’s 1st Vice President and as a representative of members served by PACMOAA. Hal acted as a “utility man” substituting as chaplain for the Sunday VCOC meeting and was one of two transportation coordinators along with past VCOC President, Don Kaiserman.

Our three member team from PACMOAA visited our area representatives’ offices early-on. The first was Legislative Assistant to Senator John A. Cosgrove Jr.’s. office. Steve was our primary presenter on the issue of “electronic ballot return.” He briefed Delegate S. Chris Jones’, LA Susan Clark. The full team visited with her and Del. Jones’ daughter, Kaitlin. Dolly was instrumental in getting Delegate Jones and Senator Cosgrove assigned to PACMOAA for advocacy.

Steve, as 1st Vice President of VCOC, led about eight VCOC members to the Senate Gallery where they were recognized by the Senators on the chamber floor. The group returned the recognition with a military salute.

Hal met separately at the office of Senator L. Louise Lucas and chatted with LA Gail Henderson. He then proceeded to Delegate Lionell Spruill, Sr.’s office and joined Steve and Dolly where they heard a moving account of Del. Spruill’s son who suffers from PTSD from the Gulf War. He was quite positive about their advocacy, as were most personnel the team met. Dolly and Hal visited with Portsmouth Delegate Johnny S. Joannou. and Delegate Matthew James. They discovered that Mr. James had attended the U. S. Naval Academy.

In the words of Congressman Scott Rigell (2nd District) , “we need to fix Congress now” so that they all cooperate in making policy and developing a budget that takes care of our men and women in uniform for today and the future. Congressman Rigell, a member of the House Armed Services Committee, was selected as this year’s Legislator of the Year by the Virginia Council of Chapters, Military Officers Association of America (MOAA) and was presented the award at the 28th Annual Congressional Appreciation Luncheon held at the Capitol Hill Club in Washington D.C., on May 21, 2013. The event is held each year with members from 17 of the 18 MOAA chapters operating throughout the Commonwealth coming together to honor the thirteen members of the Virginia Congressional Delegation with each congressman given the opportunity to say a few words to the 130 attendees present. Congressman Rigell spoke of his respect and admiration for his 90-year old father, a veteran of WWII, and his father’s “profound love and respect for this country. I see this same look in the eyes of our men and women in uniform who have met these obligations” this country puts them in, we in Congress “will do better”, for each and every one of you who have served in our military have always “put your country before yourselves.”

“Budgets are running strategy” rather than the opposite, commented Congressman Rob Wittman (1st District). “We are a great nation because of whatever our veterans have done.” We need to make sure our troops have whatever they need and we should continue to ensure “we have the best military, best and brightest young men and women” who need to be the best equipped, including appropriate salaries. Congressman Hurt (5th District) also spoke of “bi-partisan commitment” from his fellow congressmen who have a “grave responsibility to take care of those who have taken care of us” by developing policies to preserve our quality of life, grow our economy and spend more wisely. Taking care of our veterans is our top priority and it includes taking a look at the Veterans Administration for efficiencies.

Congressman Randy Forbes (4th District) commended MOAA for what it does to keep issues of the military and veterans in the forefront in Congress and especially in our state. “This is not about statistics and numbers,” he said. “But about real men and women who are giving their best and their lives every day.” There are those in the Administration and Pentagon who speak about impacts of defense cuts as an “acceptable risk”; the number of soldiers, ships and planes they are willing to lose in combat. “Ask them to define it” [acceptable risk] to the American people and “to show them the real numbers” he said. He concluded by stating that “We should not put any American into that kind of situation. Our highest priority should be for those who fight for our county, and we must make sure that we make every effort to bring as many of them back home to our country and to their families as possible.”

On Veterans Day 2013 Shirley Barker, Betty Hussy, and Hal Hostetler attended the 2nd Annual Veterans Day Program conducted by the Norfolk Mayor’s Advisory Commission on Veterans Affairs. The event was held at the Nauticus Auditorium. It was attended by representatives of several veterans’ organizations as well as state and local leaders. Activities began with the presentation of Colors, the National Anthem (that everyone joined in singing), an invocation, and the Pledge of Allegiance. These were followed by all veterans and their families being introduced by service and by the wars in which they participated. We stood on our service songs.

Addresses were presented by Norfolk Mayor, Paul Fraim, Congressman Bobby Scott, and Governor Elect Terry McAuliffe. Master Chief Petty Officer of the Navy William H. Plackett was a most interesting, colorful, and informative featured speaker. He and Navy Chief Tom Leisher (program coordinator) were both strong personalities who had obviously garnered much respect of the enthusiastic audience.

Among special guests was Portsmouth Mayor Ken Wright who greeted us warmly afterward. Betty and Shirley personally met and chatted with Gov. Elect McAuliffe. I was able to greet Rep. Scott and muscle-in a little conversation with Mayor Wright before he was pulled away by reporters.

Our team was the only MOAA representation there and we were asked if we would like to participate next year. We plan to follow-up. We concluded that the event had been enjoyable and meaningful. Perhaps we can plan to attend with a larger group next year, or perhaps help organize a similar event for Portsmouth.

A report by Hal Hostettler

We had an interesting two days in Richmond. On Sunday, the VCOC met at the War Memorial for our quarterly meeting. That night we stayed in local motels for ease of attending the early morning sessions (0700 hrs) at the general Assembly Building. Some of us were guests and introduced at the Senate and House. I attended the Senate meeting as well as the team leader for getting our "troops" on the 0630 van and helping with the return trip back to the motel. That was eventful (HA!), everyone a leader.

Dolly and I visited our legislators offices. We saw Delegate Joannou for a few minutes. We did however remark to his secretary about his not having email (a little old fashioned it seemed). Interestingly this past Thursday he gave-in and was the last there to get email. Dolly and I take credit for that of course.

Overall I think VCOC had a good day on the hill.

Joint session of the Virginia Council of Chapters and legislative teams from all 18 Virginia chapters.

Guest speaker, Congressman Robert C. “Bobby” Scott, was born on April 30, 1947 in Washington, D.C. and grew up in Newport News, Virginia. He is a graduate of Harvard College and Boston College Law School. After graduating from law school, he returned to Newport News and practiced law from 1973 to 1991. He received an honorable discharge for his service in the Massachusetts National Guard and the United States Army Reserve.

Rep. Scott began serving his tenth term as a Member of Congress on January 5, 2011. Prior to serving in the U.S. House of Representatives, Rep. Scott served in the Virginia House of Delegates from 1978 to 1983 and in the Senate of Virginia from 1983 to 1993.

Rep. Scott was an early and consistent opponent of the War in Iraq, having voted against the initial resolution authorizing President Bush to use force against Iraq. At the same time, Rep. Scott is a strong supporter of our nation's military readiness as well as our troops and their safety. He is a leading advocate for improving and increasing funding for veterans' benefits and health care, especially mental health care, and was the lead sponsor in the House of Senator Jim Webb’s Post-9/11 G.I. Bill that was signed into law on June 30, 2008. For the 111th Congress, Rep. Scott received an “A” from the Iraq and Afghanistan Veterans of America for his service and commitment to veterans.

Rep. Scott has a strong voting record in support of our military personnel and veterans. He will discuss his hopes, philosophy, and desires in those areas as well as in the broader scope for everyone in the Hampton Roads.

Members from the Peninsula and Hampton Roads Chapters have been invited to give a broader base of constituents to listen to Rep. Scott and present him with our viewpoints. MOAA keeps stressing how we need to have our voices heard – this is a great way to do that! Please try to attend and bring a friend with you 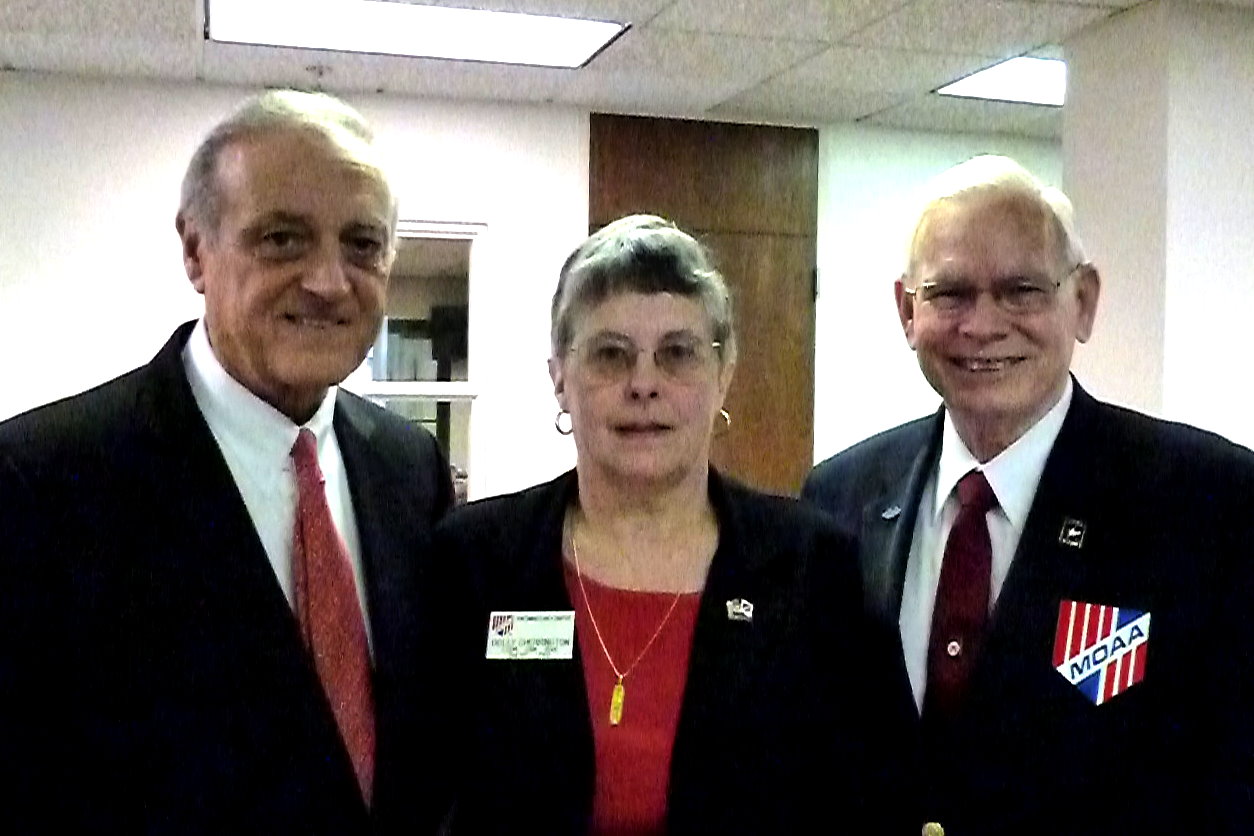 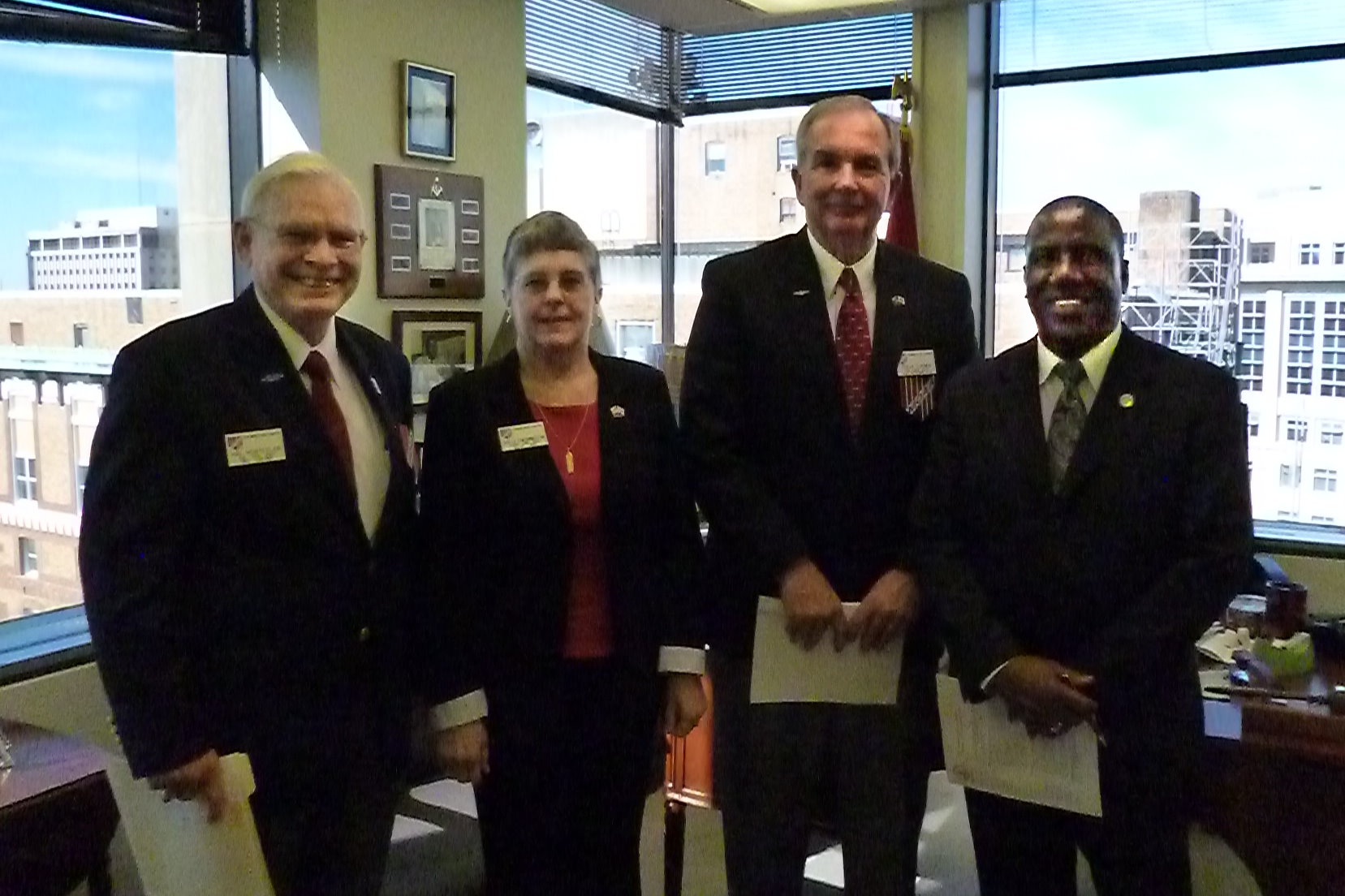 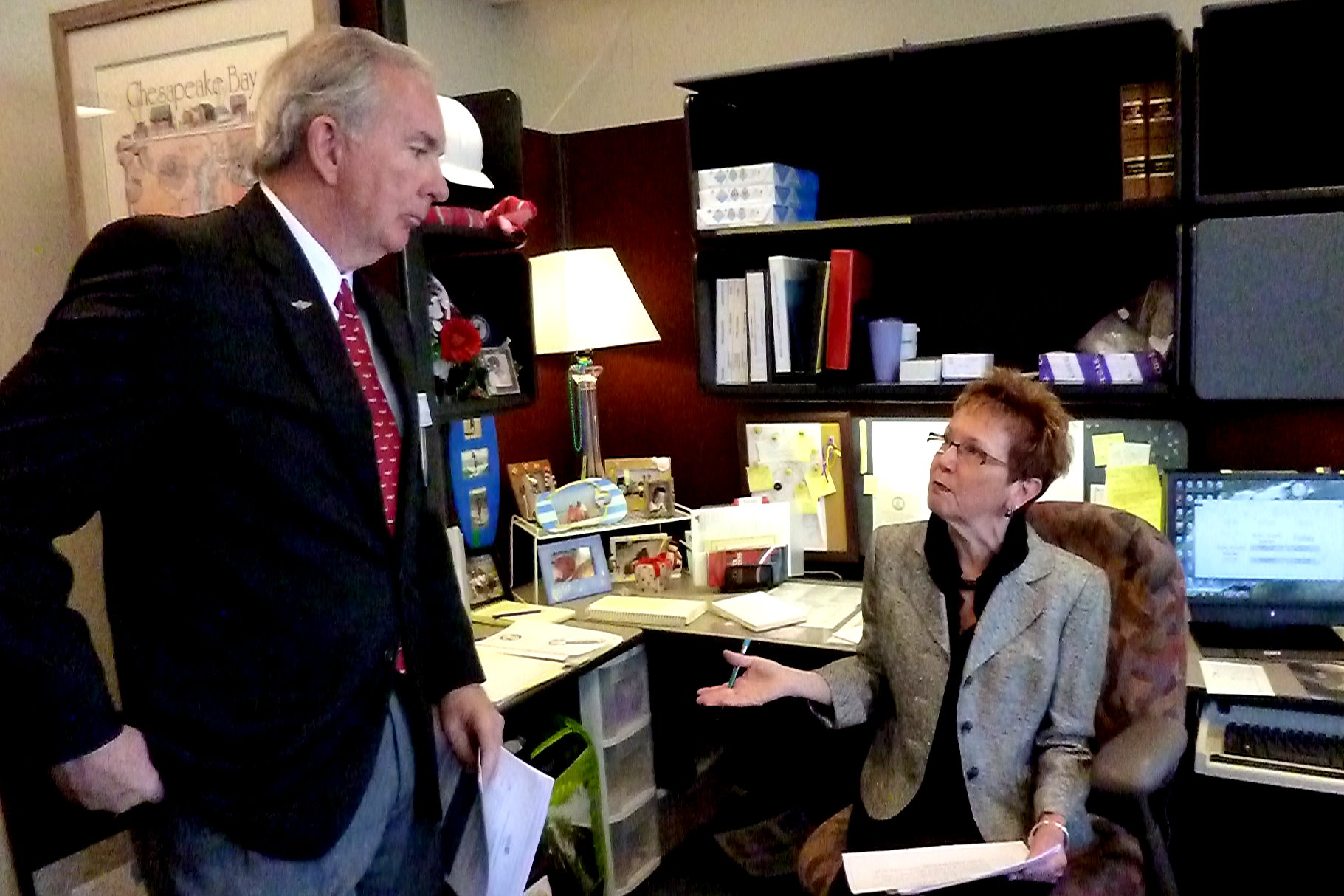 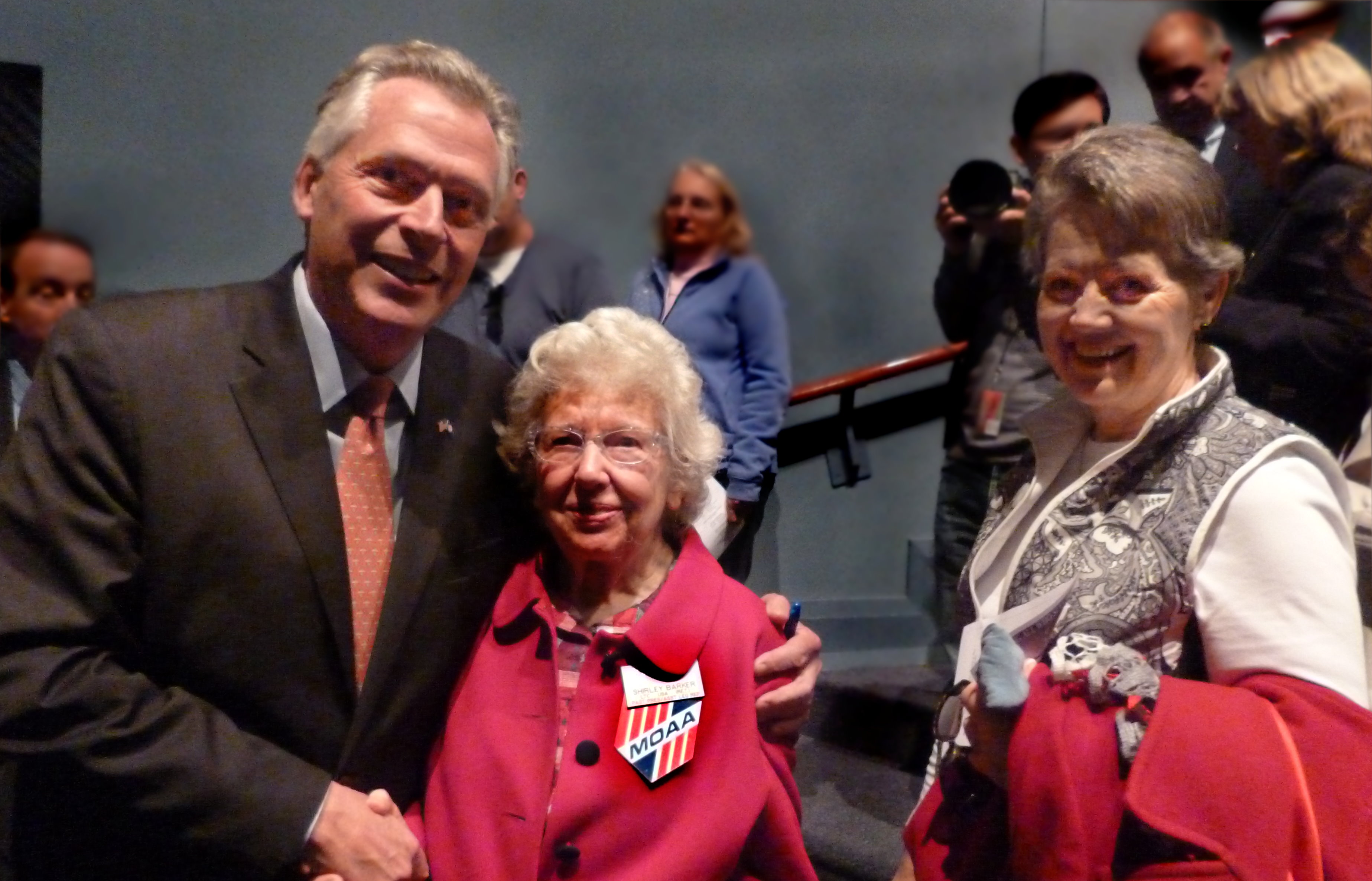 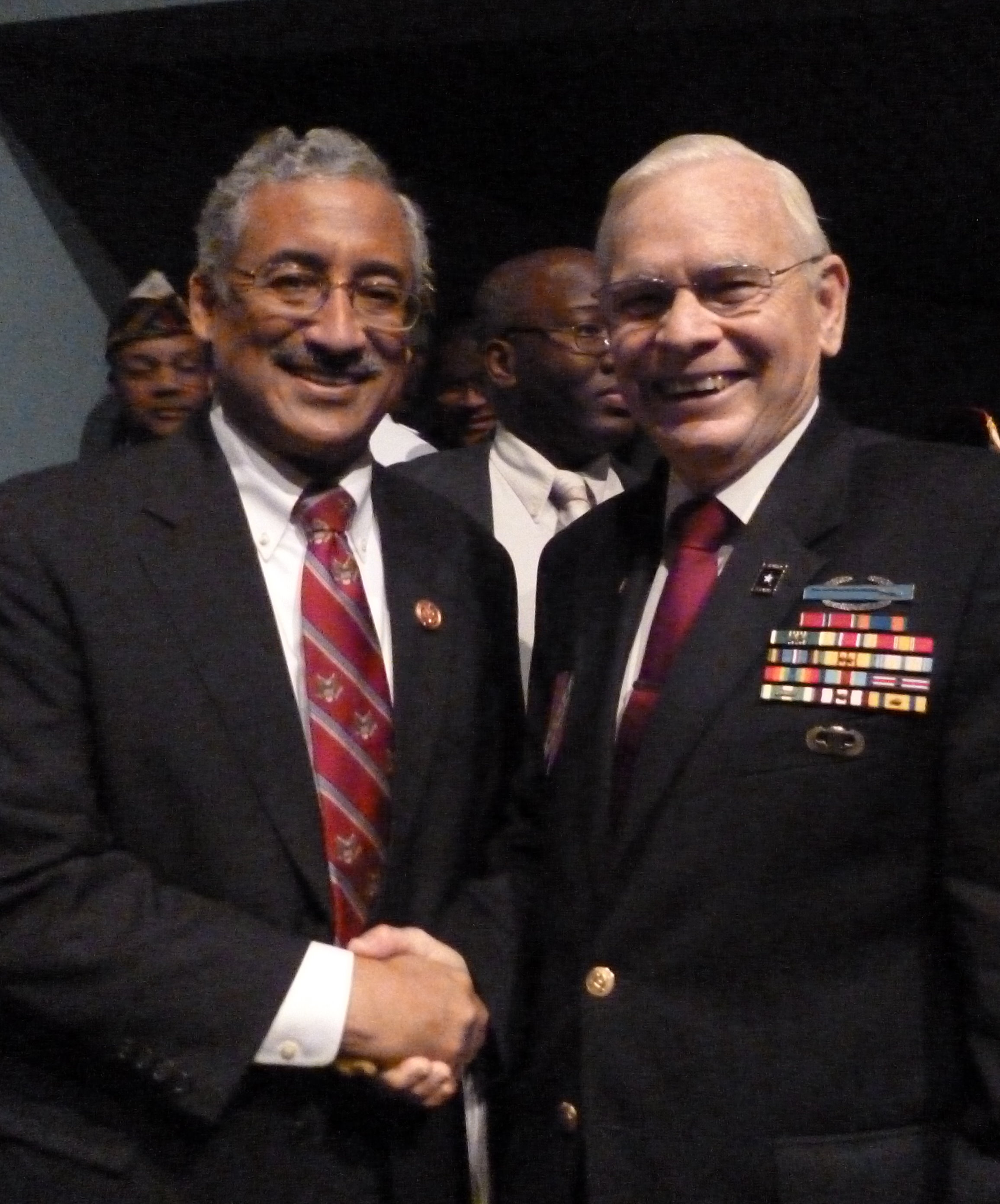 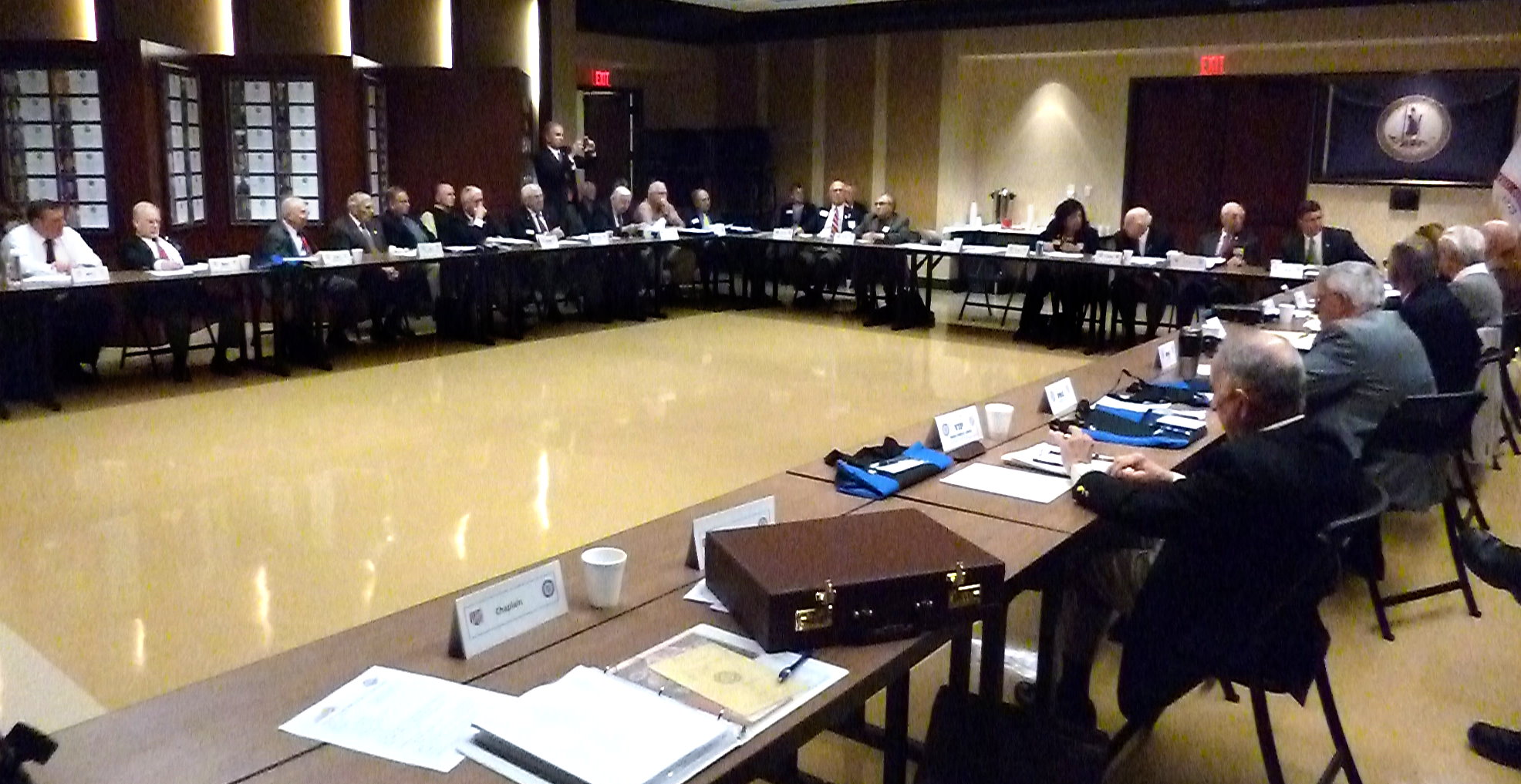